Discover some amazing authors in our wonderful cafes and shops. The authors will be in place ready to meet, greet and sign copies of their works which will be on sale at the venue. Why not settle in for a quick cuppa? What better way to start your festival experience?
Meet the Author Trail from 10am until noon, as follows: 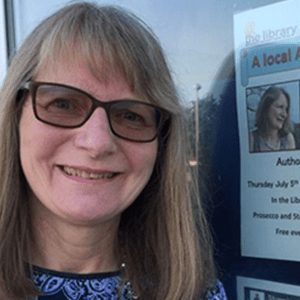 https://gailaldwin.com/
Joshua’s
Gail is a Dorset-based writer of fiction and poetry.  Her first novel, The String Games, about a child lost on a holiday in France has just been published, as has her poetry pamphlet adversaries/comrades.  Her short fiction collection, Paisley Shirt, was longlisted in the best short story category of the Saboteur Awards 2018.  Gail also co-writes plays and comedy sketches that have been staged in Bridport, Salisbury and Brighton and her writing has featured in fringe festivals in the South-West.

As far back as Chris can remember, stories have been a major part of his life. At first they were in his head, a whole set of worlds of wonderful make believe. Then they became verbal to wile away long car journeys, rehearsed during boring lessons at school. For the longest time nothing was put into writing except a little poetry and some songs. Then adulthood came and, with it, responsibility. Chris tried to put his stories away and concentrate on a career in business, which took him to America where he lived for close to twenty years, also to Scotland where his family comes from. In a fallow period in my thirties he wrote his first novel. It was terrible so he wrote another. Then he started 2024: A History of the Future and things seemed to come together. But it was still little more than ideas and so it remained for a long time until he sold his business and moved to Dorset.  Now he has had five books published, including his two latest novels of historical fiction, A New Lease on Freedom and It Takes a Rogue, based in Dorset in the late 1600s. 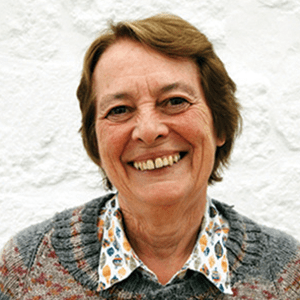 http://www.gillian-cross.co.uk/
Sweet Pea
Gillian is the author of many children’s books. Gillianwrites because she loves telling stories and finding out about things. Her stories don’t have ‘messages’, but she likes to write about people in difficult and dangerous situations. She’s interested in how they cope and the decisions they make. She won the 1990 Carnegie Medal for Wolf and the 1992 Whitbread Children’s Book Award for The Great Elephant Chase.  Gillian is probably best known for The Demon Headmaster series of stories.  The BBC has recently announced that the drama series based on these stories – which terrified children everywhere with its stories of pupils battling an evil headmaster with hypnotic powers – is being revived for the modern day.  Adapted from the new Demon Headmaster book from Gillian, the story will feature the evil teacher as a ‘Super Head’ of an Academy school. 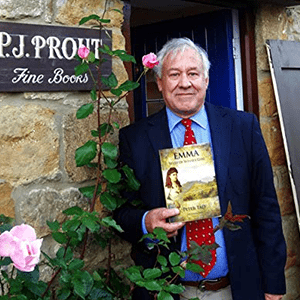 http://www.petertait.net/
Stur of the Moment
Peter grew up in New Zealand and, after university, fell into teaching, first in New Zealand and later in South West England.  In 1998, he became Headmaster of Sherborne Preparatory School, from which he recently retired.  Peter enjoys reading across several genre and has been a long-time devotee of the writings of Thomas Hardy, as well as the Powys brothers, John Cowper, Theodore and Llewelyn (and the lyrics of Bob Dylan and Leonard Cohen).  Before leaving New Zealand, he had written a biography, In the Chair: The Public Life of Sir John Ormond.  Later he was asked to write the Introduction to The Joy of It, by Littleton Powys, a former headmaster of Sherborne Prep, which led to him writing two novels based on the wives of Thomas Hardy and their relationships with him, namely EMMA West of Wessex and FLORENCE Mistress of Max Gate. 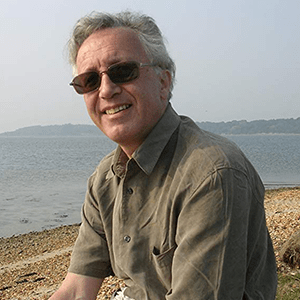 http://www.michaelhambling.co.uk
The Exchange’s Bibbern Café
Michael has now had seven novels published.  He splits his time between Salisbury and Swanage and all of his novels have been set in Dorset so far.  Michael’s aim is to write crime/mystery novels that are not run of the mill.  He wants his readers to feel part of the world he creates in his books, to relate to his characters and to be catalysed into feeling an emotional response to the events that happen in his stories. 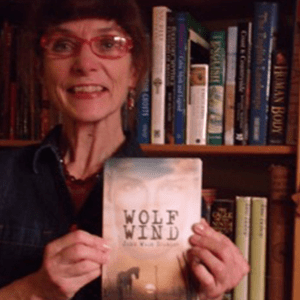 Stur of the Moment
Blessed with a vivid imagination, Jane Wade Scarlet has written since she was a child. Her first novel began life in the back of a school exercise book, and was published nine years later. Since then she has progressed from longhand to computer to write a further seven novels, as well as a number of short stories – some of which have achieved success in competitions and anthologies. 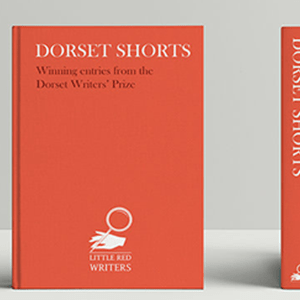 https://www.littleredwriters.com/
The Swan
Tom Roberts and Joanne Barry set up Little Red Writers with the aim of discovering, promoting and publishing writing talent with quality books their readers will enjoy and of which they and their authors can be proud.  Their quest began with the launch of the Dorset Writers’ Prize in 2018 and the anthology, Dorset Shorts, is being published in April 2019.  Seventeen writers from all parts of the county are having their work published in the collection,